Split Splat is an iPhone game I developed in 2009, where you take on the role of a pigeon and try to poop on people's heads. The pigeon is controlled by the iPhone accelerometer, and you can fire away at the innocent bystanders by tapping on the screen. The whole game took about four weeks of spare time at night to create, but was never released.

I began development of the game when everyone in the world with some programming talent also decided to create an iPhone game and cash in on the iPhone app gold rush. From the time I started working on the game until I stopped development (mainly due to lack of time) the number of apps in the iPhone app store almost doubled. Something told me at that point I missed the gold rush.

I may release the game in the future for free. A few lingering bugs in the game engine and a lack of sound kept me from releasing it. Then again I might just treat this one as a learning experience, since I have ideas for other iPhone apps that are a little more sophisticated than this one ;-) 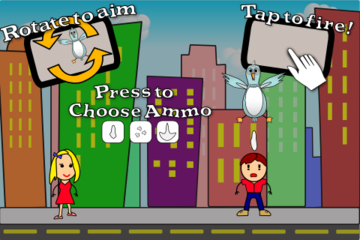 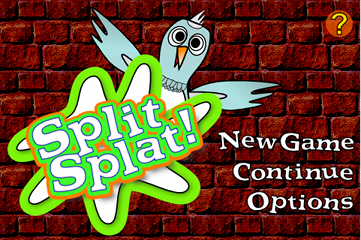